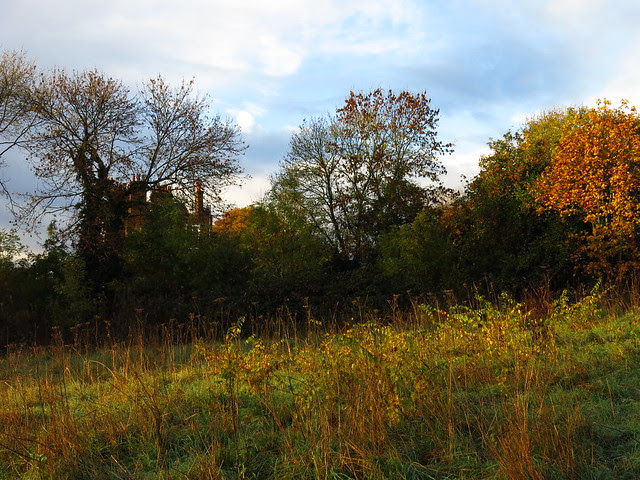 East Heath Lodge, seen from Pryors Field. These houses on what is now East Heath Road were built in the late 18th century, on land that was part of Hampstead Heath once (like much of Hampstead Village). The village was not expanded beyond this point, and later both Pryors Field and Preacher's Hill, the open land on the other side of East Heath Road, were preserved by the Hampstead Heath Act 1871.
Posted by Laura Nolte at 21:26

Links to other Sites

The official Hampstead Heath Calendar 2014 features two of my photos. It can be purchased from the City of London Corporation's website.